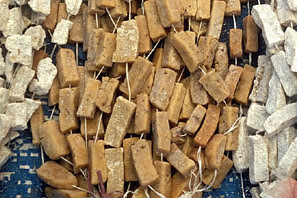 “Have a bit of chugo?” is the question which most foreigners are so very eager to refuse - understandably. The unappetizing looking cheese is a fave snack in the less developed villages and towns. It’s actually real yak cheese, and... well, takes at least 30 minutes to chew. Yes, it’s a hard cheese which smells like an especially smelly yak. The chugo, which is sold in Bhutan for about 70 ngultrums a packet, is marketed in America as a special treat for dogs and sold in three chugos a packet which cost... 50 dollars. 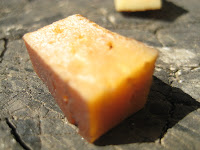 Chugo is not exactly a mouthwash, so I recommend you to use some toothpaste if you want to get married.
Posted by Michal at Sunday, March 25, 2012 No comments: