You must have heard of Lord Buddha - but did you know anything about his life before?
Buddha was a great personality. He attained enlightenment and travelled to many places spreading his teachings and wisdom. He led a remarkable life which is to be told soon.
Buddha was born in a royal Hindu family as prince Siddhartha. A common legend tells that on the night when Siddhartha was conceived, his mother, the queen, dreamt of a pure white elephant with six tusks that entered her side. Ten months later, Siddhartha Gautama was born. He was son and heir of King Suddhodana who ruled over the Shakya clan. Queen Mahamaya, his birth mother, died a week after Siddhartha's birth and her sister Pajpati brought him up.

Legend has it that one day, the prince insisted to leave the palace to see his subjects. He visited the city four times, and saw an old man, a sick man, a dead body and a monk. These are now known as the Four Sights. Siddhartha was shocked when his charioteer, Channa, explained that everyone experiences old age, disease, and death. At that moment, Siddhartha vowed to discover a way to end suffering.

King Suddhodana arranged a marriage between Siddhartha and a cousin of the same age named Yasodhara. They married, and several years later gave birth to a son.  At that time Siddhartha was planning to leave the palace to search for enlightenment and his son bound him to the palace, so he named him Rahula, meaning bond.

Aged 39, Siddhartha finally made his decision. He escaped the palace at night on his horse Kanthaka, accompanied by Channa. It is said that the horse's hooves were muffled by the gods to prevent the palace guards from knowing about Siddhartha's departure. 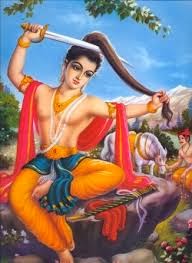 Siddhartha then cut his hair (in those days, only royalty had long hair) and exchanged his jewelery and silk clothes with a woodman.

He began his ascetic life by begging in the streets of Magadha. King Bimbisara, ruler of Magadha, recognized Siddhartha and sent men to learn of his quest. The king was very impressed and offered Siddhartha his throne, but Siddhartha refused and departed with a promise to visit Magadha after achieving enlightenment.

Gautama continued on his journey and met five ascetics who thought that enlightenment could be achieved by living very strictly with no luxuries like rich food, proper clothes, etc. This reached to the extremes that Gautama ate only the berries that fell into his lap while meditating, didn't sleep, and became emaciated and more dead than living.

After six years, Gautama understood that enlightenment could not be attained through this way. He went to the river to bathe but nearly drowned. He accepted milk and rice pudding from a village girl called Sujata who thought he was a forest spirit. Gautama regained his health and continued on his journey.

Gautama travelled to Bodh-Gaya where he sat under a pipal tree (now known as the Bodhi tree, you can guess why). He vowed never to rise until he had attained enlightenment and found the truth. Gautama meditated for 49 days and finally attained enlightenment. From that day on, he was known as Buddha, meaning the 'awakened one'. 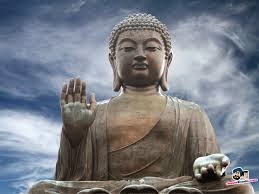 After attaining enlightment, Lord Buddha travelled to many places preaching his teachings and wisdom. Many disciples joined him on his journey. He had an enemy called Devadatta (who was actually his cousin), who is said to have tried to assassinate Buddha three times.

Gautama Buddha died (not sure why, some stories say from a bad diarrhoea, some say simply from old age, and others say he was accepted by the gods) about 483 BC, but his teachings have still inspired thousands of people around the world to become better human beings.


Quotes of the Buddha 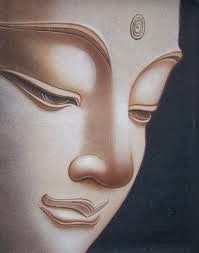