If you hadn't known before, I also have a book review website that you can visit right here. However, I've now also expanded it further than book reviews, and added a considerable amount of short stories (and hopefully soon poetry as well) that's accumulated in my "Writing" folder over the years (everything that's there, I've written myself). As an aspiring author, any feedback and constructive criticism is very much appreciated. Visit the page with stories here, and enjoy!
Posted by Michal at Friday, February 26, 2016 No comments:

School essay: Father Mackey and His Immense Contribution to Bhutan

A school project (in my school in Taiwan) came up: write about the achievements and impact of an explorer. Amidst the quantities of Christopher Columbus, Marco Polo and James Cook essays, an opportunity rose up for me - to write about Father Mackey (1915-1995), the Jesuit priest who traveled to Bhutan and was one of the greatest factors of the education system in Bhutan. 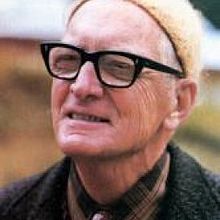 Expecting it to be the usual mind-wearing work that extends up to a day before the deadline, I began - but soon I had passed the word limit and my searches became more and more desperate, for Father Mackey isn't really all over the internet. Two weeks later, and here are the results. Enjoy, and feel free to comment if you know anything else about this amazing person!

An explorer is defined as a person who explores a new or unfamiliar area; and indeed, until the late 20th century, the mysterious Kingdom of Bhutan was unfamiliar to most. Its previous state of absolute monarchy and the desire to preserve its unique culture led to the result that it was in total isolation until the 1970s, when the third king finally began to open up the secluded kingdom in an attempt to modernize it. These developments included taking steps towards a more democratic government as well as physically connecting Bhutan to the outside world by building an advanced network of roads. However, those were not the only aspects that needed improvement.

"Education is practically non-existent,” recorded a British Military Intelligence Report in Bhutan, in 1906. “Even amongst the ruling classes it is exceptional for one to find a man who can read and write.” (Tashi, 2012). The king of Bhutan realized that improving the extremely backward education system was an essential part of modernizing the country. The only secular education to be found in Bhutan at that time was in primary schools, and there were only 20 of them in the whole country; meaning the only stable and widespread education system was in the monastic schools that had existed for centuries. Seeing this as a major problem, the king undertook a plan to employ a foreign educator in aiding him to establish a modern system of secular education. Hearing of a Jesuit priest and educator called Father Mackey, he invited him to take this role. The timing was perfect.

At the same time this initiative was forming, Father William Mackey was being expelled from Darjeeling, India where he had lived for the past 17 years, teaching children as well as helping to develop the education. After being “spotted during demonstrations on the streets for the recognition of the Nepali language” (Malone, 2008), local Indian authorities exiled him to Bihar in East India until his permit to Bhutan would be issued. After the approval of his visa, Father Mackey would continue to Bhutan and develop three main aspects of the education system: the language, gender equality in the education as well as the system itself. He also made sure that this system would carry on after his death, therefore building it on solid ground.

Father Mackey impacted Bhutan to a massive extent - he is known for “almost single-handedly laying the foundations for the development of modern education in Bhutan” (Solverson, 1995). However, this far-sighted goal began as a small project. His first attempt at a school began in an abandoned cowshed in Eastern Bhutan with 7 boys. Its popularity shot up immediately - the next year, 70 students enrolled. He then helped establish the Trashigang Elementary School with more than 200 students. In his first 2 decades in Bhutan, he established the three first high schools and was a dominant figure in establishing Sherubtse College, the first college in Bhutan. This breakthrough was important as Bhutanese with a college education could now qualify for demanding jobs outside of the country as well as help modernize the developing kingdom. A college education (and a current teacher training college) also enabled the Bhutanese to be more independent of their education system - nowadays, all educator jobs are taken by the locals aside from a few foreign volunteers.

As enrolment in schools slowly grew, Father Mackey concentrated on the other half of the youth; the female population. Female enrolment in Bhutanese schools currently approximates 50%, an incredible figure, especially for a developing country - even in these days. His promotion of gender-equal education shows his close connection to the citizens of Bhutan, and the current figures also emphasize how his legacy has continued, even after his death.

Setting up English as the instructing language was a big step towards modernization. Father Mackey was a main figure in this decision, along with the king. Father Mackey also personally taught English in schools around the nation. This shows the extent of his effect on the previously solely Dzongkha (local language) speaking nation - not only did he develop the education system, but also improved the business and trade system, as English is currently the main language in business exchanges as well as being a useful asset in general.

A major issue that slowed down and nearly prevented the advance of the education system is the reluctance of Bhutanese parents to send their children to school. Being a mainly agriculture-based nation, children were expected to work in fields and farms or participate in other physical labor/chores. Education, especially secondary and higher education, was seen as a waste of time. Father Mackey emphasized the importance of education, persevering until education was a norm in the Bhutanese society. To do this, he set up a free public education system that exists until today, with public schools providing education in primary, secondary, higher and even college standards. Father Mackey understood that without the support of the actual society, developing further was impossible.

As Bhutan’s hectic pace of development gradually slowed down, the role of teachers was taken up fully by the Bhutanese and foreign educators, including the Jesuit priests, were asked to leave the country. By 1989, William Mackey was the only Jesuit priest left in Bhutan.

“In Canada, I would have been a small cog in a big machine. Here, I can see a radical change between a family which has gone to school and one which has not," Father Mackey said (Solverson, 1995), and indeed - the Jesuit’s huge extent on Bhutan did not mirror his impact in Canada, not even in his hometown. However, he has greatly influenced relations between Bhutan and Canada, and his legacy has left behind a strong link between the two countries. His contribution has driven Canada to continue its support for Bhutan’s development, especially as the kingdom transitioned between absolute monarchy to a more modern parliamentary democracy and constitutional monarchy. The Bhutan Canada Foundation is still functioning and contributing today - a reminder that Father Mackey’s legacy will not be forgotten.